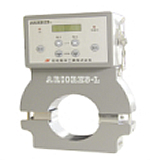 At present, the electromagnetic device ARIORES is used for all purposes.

At present, maintenance management by injecting chemicals is commonly conducted as deterioration measures for various kinds of piping and heat exchangers.
However, it is required that water/environmental pollution issues due to the waste water caused by using such chemicals should be seriously considered.Class 1 Designated Chemical Substances set forth in a notification from Environmental Agency are used for some of these chemicals.
The electromagnetic device ARIORES prevents deterioration of piping and heat exchangers and contributes to environmental conservation using no chemicals that have the above-mentioned issues.

* We are continuing the collaborative research of removal of substances adhered to inner walls of piping and electromagnetic effect for removal of bacteria with Mr. Ishibashi, the former professor of Tokyo University of Technology and Incorporated Nonprofit Organization, the Society for Pathogenic Bacterium Preventative Method and Environmental Conservation Using Ultramicroparticulate Ferromagnetic Ferrite.